Mike Guglielmucci, best known for his Christian hit, ‘Healer’, and association with Hillsong, was back in the news recently. 13 years ago, he was forced to admit that he had been living a big lie. For a while. And hiding an addiction. Since he was 12. Given the fact that he was a Christian, and especially given his prominence in that world, many commentators[1] rightly said ‘Where was the accountability?’ The answer: sorely lacking, it seems.

Now comes the news that he has, with his wife, started a charity, Lighthouse City Mission Incorporated[2]:

This is a charity that is gearing up to seek donations from the public: there is a ‘Partner’ link on the website that invites you to express your interest[3].

“We discuss 3 ways they can partner:

Financial support is most times discussed around a current project or need – We also give people the option to donate funds to suppliers directly. If they do wish to donate to us – every cent of their donation goes toward the supply of food, clothing, blankets and other practical needs. No money comes to a personal bank account or individual.”

“we do discuss other projects and needs with people that wish to support the mission – for example we have some business people who have helped to cover admin costs/lease costs for warehouse/ others are helping with electricity etc – As needs arise we will discuss these openly with people who wish to support – For Example – we will be working on the fit out of our community centre very soon – we will be asking people to partner specifically for this – i.e. We need 4 Washing Machines and 4 Clothes dryers – we will give people the opportunity to either purchase these or donate for this specific purchase .

what I meant was – that the money that is donated goes toward what the person donating it wants it to go to – but none of it goes to Amanda and I. Which is why (at this stage) the forms lead to a contact so that we can discuss where that person wishes their donation to go.

At this present time if the donation is not for a specific discussed project or need – it all goes to food, clothing, blankets and other practical needs. Sorry My initial response was not clear.”

and the government has granted the charity the much-prized DGR status, a status that allows the Guglielmuccis’ charity to offer donors a tax deduction.

And the accountability to the taxpayer and donors? Let’s see:

“We will be publishing all financials.”

If you intend to include something about transparency and accountability on your website, you might like to include that fact – or even better, the text – in your reply [to us].

1.  Control of the charity

First, any accountability on the charity’s use of your donations comes via just five people, two of which are Mike and his wife, Amanda[4]: 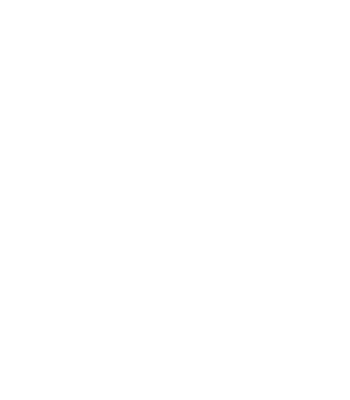 Here are the five:

Is it this one?

“The resposible people…will likely be 6 in the coming days”

It is ‘just five’ because of the provisions of Lighthouse’s constitution:

From this we can see that there is a possibility that the control of the charity can end up with just Mike and Amanda.

“Our rules of operation require all financial decisions (outside of committee approved budgets and spending) to be approved by all committee members.”

We note that you don’t plan any changes to the constitution.

‘Rules of operation’, as conventionally defined, do not lead to constitutional provisions.

There is also no oversight by outside mature Christian leaders.

Second, the charity’s entry in the register of charities – a register that is promoted as the first port of call for people considering doing business with the charity – doesn’t say what the charity does. (This is despite the ACNC’s collection of this information in the application for registration.)

“We are in the process of working with the ACNC to change our profile to list our mission statement and activities – this will be updated shortly.”

Third, unless and until the charity has revenue of $250K or over, it will not have to publish a financial report. (It can if it wants to but doesn’t have to.)

“We will be publishing all financials.”

“…I think it is fair to say that where money and power are concentrated, and where accountability and transparency are minimal, fraud and scandal are all but inevitable consequences.”

Fourth and last, there is no mention on the website of who is behind the charity. So, certainly no mention of his previous life, including the return of the money he raised.

So, a risky governance structure for Mike’s venture. Again.

“No financial donation goes to us (Mike and Amanda). The organisation is not about us (Mike and Amanda). Having said that – our whole purpose in establishing the organisation is to promote the message that peoples past does not define them. People are more than the mistakes they make. In a world that cancels people for the mistakes they make – we have experienced the life changing power of God’s love that loves us in our brokeness and gives us a future and a hope. It is this love that motivates us to echo that message to our community. We are not running from our past – we use it on a daily basis as testimony that your past does not have to define your future. When we publish the final website (that is currently under construction) there will be reference to the committee (team) and many testimonies (including mine).”

We note that ‘Christ’, ‘Christian’, ‘Jesus’ and ‘gospel’ do not appear on the website.

Mike’s back. Keen and committed. But with enough accountability? You decide.