This is a charity review of Asia Evangelistic Fellowship International Inc. (AEFI), an organisation that seeks donations online and is a member of Missions Interlink. (Including the answers to the questions that the Australian charity regulator, the ACNC, suggests that you ask.)

To see the situation last year, read this review.

What does AEFI do?

What does AEFI spend outside the costs directly incurred in delivering the above impact, that is, on administration? 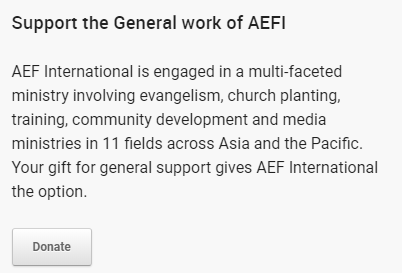 What did the auditor say about AEFI’s last financial statements?

If a charity, is their information on the ACNC Register complete / correct?

Who are the people controlling AEFI?

To whom is AEFI accountable? 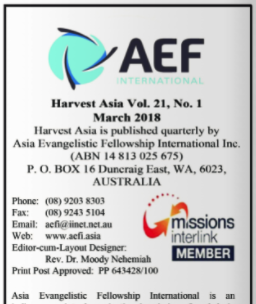